The History of Dropbox

Dropbox is a program that we are all familiar with in one way or another. The birth story of this company, however, is not as common knowledge. 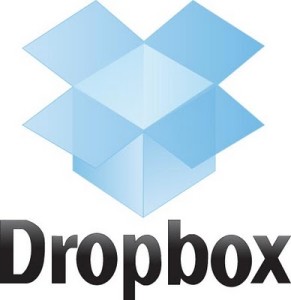 Drew Huston, founder and CEO of Dropbox, has been given the title of Internet entrepreneur for his achievements in his field. The creation story of the company, Huston claims, was based upon an idea that came to him after having had to deal with constantly forgetting his USB flash drive during his studies at MIT. While he was a student he found an abundance of problems with already existing storage services and set out to solve this problem for himself before realizing that his solution could benefit others as well. In 2007, he and his co-founder Arash Ferdowsi were able to secure funding to begin the development of the program, and by 2008 they were ready to launch. Dropbox had an enormous success rate, and, after officially being introduced at TechCrunch50, broke records gaining 50 million users in just under three years. By the end of 2013 Dropbox had gained over 200 million users.

Huston’s success did not go unnoticed, however, especially by some of the executives in extremely high positions at the time including none other than Steve Jobs. In 2009, Huston was personally invited to a meeting in the Apple office in California to discuss this new startup, Dropbox, with the CEO himself. Job’s did his best to persuade Huston to partner Dropbox as a new Apple program, but Huston was determined to build this online storage system into a big company. He adamantly refused Job’s offer, disregarding the huge sum being offered for program. Not long after, Apple released its latest addition, the iCloud in a successful attempt at connecting all devices for better file sharing.

With this attack from such a major player Huston was shaken with the fear that Dropbox would fall alongside other names such as MySpace, Netscape, or Palm. This is the fear that drove him and quite possibly the deciding factor between his success instead of his failure. The company grew, reaching an even larger user basis while still remaining reliable and keeping its staff relatively small (fewer than 200 employees for its millions of customers). Huston is to this day still incredibly invested in his company personally, his share making up 15% of the company as $600 million on paper, and believes whole heartedly in its growth and success.

We can use Huston’s story as an aid in our own entrepreneurial journey. His experiences can help us as we make our own decisions as our own ideas begin to become our realities.